How much do the teams deviate from what is decided in advance at the factory. By how many degrees, for example, has the front or rear wing changed? In To what extent are strategic decisions made by humans and to what extent by computers? – Martinspire via the response module

F1 teams let their regular and simulator drivers spend hours in the simulator. These are so realistic that many things can be mimicked such as tire wear, weather conditions and of course different settings. The circuits are scanned with a laser and sent to the teams. You can then load them into the simulator. A basic set-up for the weekend is already being set in the simulator, but on track every minute is being used to the full to improve even further. During a Grand Prix weekend it is adapted as much as possible to the wishes of the drivers, otherwise nothing happens at the factory. Simulator drivers also continue to test during a race weekend. Alexander Albon, for example, was the silent force behind Max Verstappen’s success in 2021.

Weeks before a race, engineers collect data in order to define a strategy based on this. This applies, for example, to entering and exiting the pit lane, the average duration of a tire change, the chance of a safety car and so on. On the track, they continue to collect information about the tires. During a race, this information is fed into a computer that calculates the best time to change tires. In changing weather conditions, the driver naturally knows best when to stop. When it gets dry, the leaders are often waiting for someone to try slicks in the back. His lap times are then monitored. That’s what happened to Daniel Ricciardo at Imola. He stopped first, set fast sector times and the rest of the field followed.

The chances of F1 teams going under two seconds with the current cars and tires are slim. Pirelli’s new 18-inch rubber is so heavy that it simply takes longer to mount the tires on the car. In addition, the car itself has become significantly heavier due to the new safety requirements. The fastest tire change of the current F1 season is currently in the hands of Red Bull Racing. This team put new rubber on Sergio Perez in Australia in 2.27 seconds. Red Bull also holds the record. At the 2019 Brazilian Grand Prix, the racing team completed a pit stop at Max Verstappen in 1.82 seconds. The regulations on pit stops with a minimum reaction time are still in force. 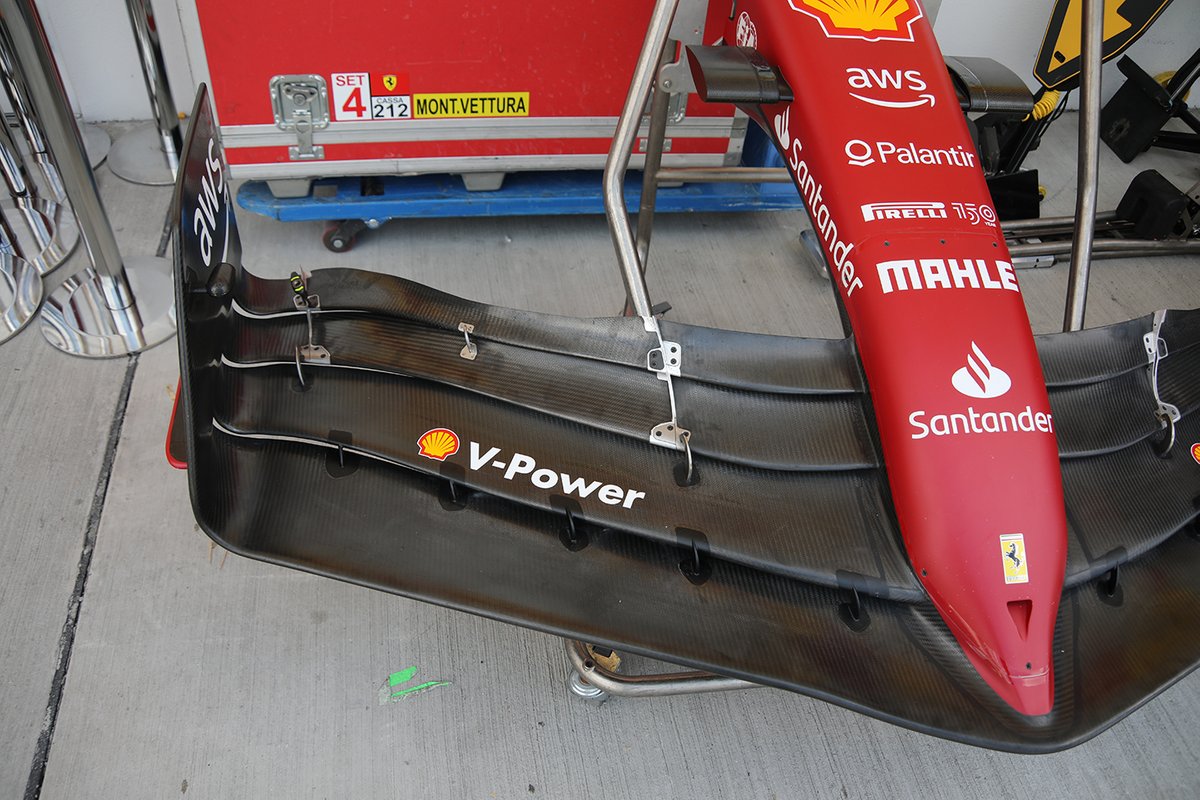 To my surprise, I found that the Ferrari wing consists of moving parts that are stressed by the wind. My question is whether this is legal. – Christiaan Maas by post

The FIA ​​conducts tests on both the front and rear wing. They do this by putting the weight on the wing and seeing how much it flexes. In Australia, Ferrari’s deflecting wing has been raised by various teams at the FIA. Finally, sensors were attached to the wing to examine whether it falls under the technical regulations. This turned out because no further action was taken. By the way, the front wing also bends in other F1 teams. It may also seem more extreme than previous seasons because they are separate flaps and not a whole.

Since last year there has been a “budget cap” for all F1 teams. As the car evolves, decisions must be made to stay within budget. I wonder what happens if it turns out they overspent, say, $10 million? – Willem Op ‘t Roodt by post

It’s true that F1 teams need to be a lot more careful with their money. Gone are the days of endless testing in the wind tunnel. The main reason, of course, is to bring the smaller and larger teams closer together. The FIA ​​is very strict when it comes to formation issues. A Cost cap management [CCA] audits F1 teams for compliance with financial regulations. Teams are required to submit an interim financial report to this committee by June 30 for expenses incurred between January and April. A report on the annual expenses must be submitted by the end of March of the following year. Based on these reports, the CCA can decide whether to carry out a further audit by an independent company. A violation will result in a fine, reprimand or point deduction depending on the severity of the violation. In addition, a test or race ban or a reduction in the budget ceiling can be imposed. Of course, being banned from the World Cup is the hardest punishment.

When a team builds a new car for the new season, is the car first tested in official tests like in Barcelona? Or do they have their own test tracks? R. Osterhaus

An F1 car is extensively tested in the wind tunnel, simulator and on the computer before it hits the track. In principle, the first official winter test is also the moment when the car is really put to the test for the first time, but F1 teams make good use of film days. A formation has two such days per season. Although a film day is intended for commercial purposes, it is an ideal opportunity to test the car for any teething problems. On such a day, the team has to drive on special tires and the distance must not exceed 100 kilometers. We regularly see formations head straight onto the track after the car’s unveiling, even before any official F1 testing has taken place. Teams like Red Bull and Mercedes often go to Silverstone, while Ferrari have their own track with Fiorano. But the preparations and further developments take place during the official tests.

Do you also have an urgent question about Formula 1? Send it in and you might read the answer in the next update! Send your question to [email protected] quoting Motorsport Mailbox.

Despite a crash, Sergio Perez qualified third on the grid for the Monaco Grand Prix…

This is our Champions League team from last season

This is our Champions League team from last season