At the end of each Grand Prix of the 2022 Formula 1 season mmotorsport.com the most striking statistics for you in a row. Here are the facts and figures for the fifth round of the year, the Miami Grand Prix.

The event and the participants

Charles Leclerc gets the top start at the Miami Grand Prix.

>>> This was the first ever edition of the Miami GP, the 52nd GP in Formula 1 history.

>>> That means this was also the first visit to the Miami International Autodrome, the 76th F1 location since 1950.

† Fernando Alonso signed in Miami for his 339th start in Formula 1 and came close to record holder Kimi Raikkonen to eleven starts. 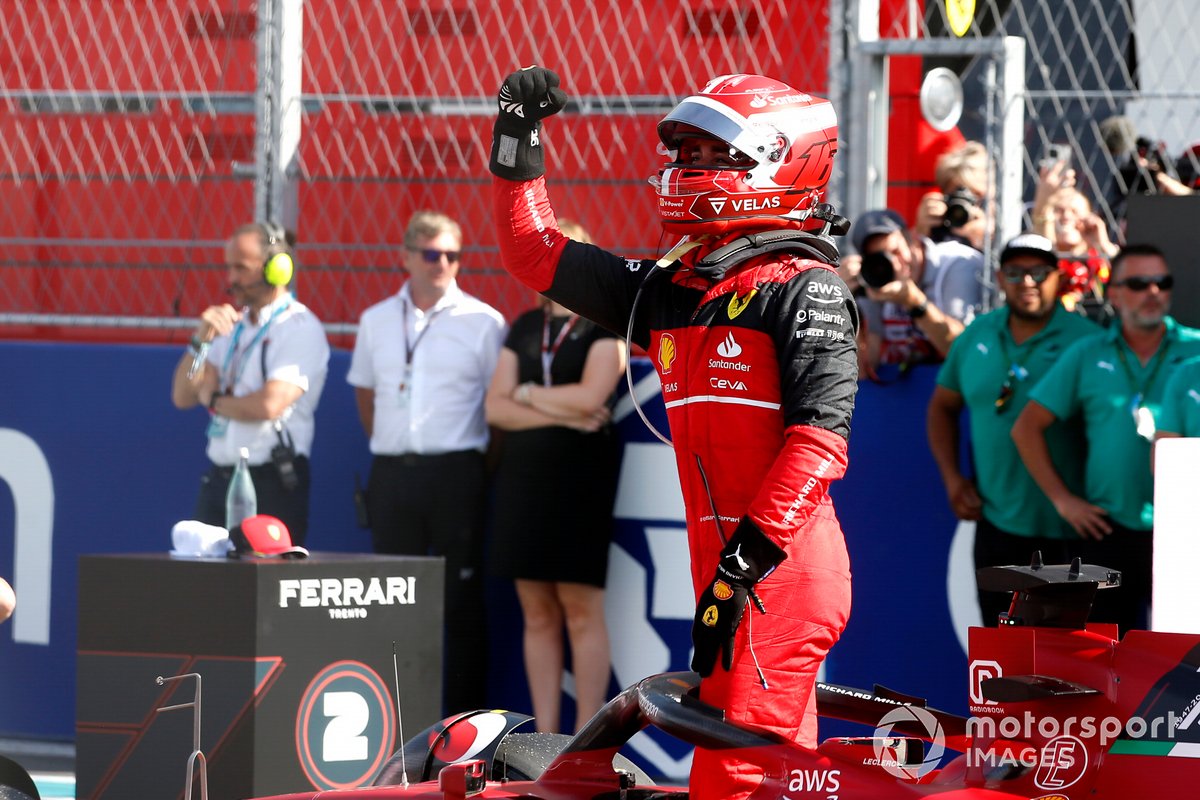 >>> With P2 the starting grid was allowed Carlo Sainz start from the front row for the second time in his career.

>>> Ferrari last occupied the entire front row at the 2019 Mexico GP. In Miami, the gap to record holder Mercedes was reduced to one for the 81st time.

† Valtteri Bottas With P5, Alfa Romeo gave Alfa Romeo their best starting position since Kimi Raikkonen was allowed to start from that position at the 2019 German GP.

>>> With sixth place on the grid Lewis Hamilton to start a race on American soil from outside the top 5 for the first time in his F1 career. 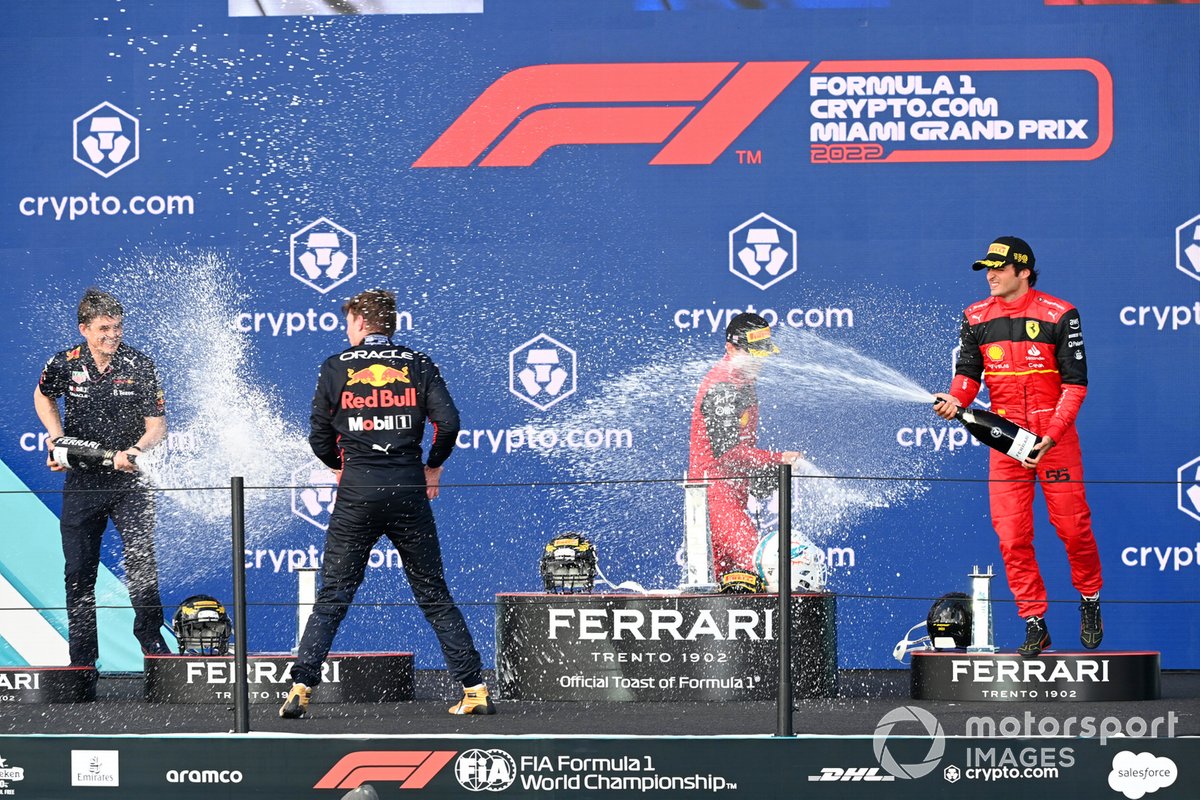 The podium at the Miami GP with Max Verstappen as the winner.

>>> The victory in Miami brings the total Max Verstappen at 23, level with Nelson Piquet and Nico Rosberg.

>>> For Red Bull Racing it is the 78th victory as a designer and the third as an engine supplier.

>>> This is the second time Verstappen has won a GP at a circuit he is visiting for the first time as an F1 driver. They did that last year in Zandvoort.

>>> Verstappen drove the fastest race lap for the 18th time. David Coulthard is also on this number.

>>> Charles Leclerc and Carlos Sainz were respectively on the podium for the seventeenth time (level with Alberto Ascari, Keke Rosberg and Sergio Perez) and for the ninth time (along with Elio de Angelis and Martin Brundle).

>>> With fifth place in Miami, George Russell the only driver to finish in the top five at every race this season.

>>> Lewis Hamilton finished sixth outside the top 4 for the first time in the USA.

>>> After 15 races in a row, the series ends Lando Norris, who retired after colliding with Pierre Gasly. Charles Leclerc has the longest running series in his hands with 16 placements in a row.