The season is early and a lot can still happen, but for now he’s in control: Felipe Drugovich. The Brazilian won the Formula 2 main race in Saudi Arabia and also has a healthy lead of eleven points over number two Richard Verschoor. A good start is half done and for Drugovich this start is proof he made the right choice. Motorsport.com sought him out.

The 2021 season was disappointing for the now 21-year-old driver. In Virtuosi’s service, Drugovich finished eighth in the championship with four podiums but no win. Teammate Zhou Guanyu fought for the title with four wins. That eventually led to an F1 seat at Alfa Romeo for the Chinese. Drugovich remained disappointed and well on his way to leaving the premier class of motorsport. A call from MP Motorsport made him change his mind. The Dutch team let the Brazilian make his Formula 2 debut in 2020. That was a success, with three wins including the main race in Bahrain. Now the formation knocked on the talented rider’s door again. “The team really wanted me, also by helping me financially. That’s also an important point for me, so we made a deal.”

The Brazilian is overjoyed to return to Sander Dorsman’s team (‘I really love this team’), which also gave him the opportunity to show his talent in Formula 2 after a difficult 2020 F3 season. After his convincing Euroformula Open title in 2018, Drugovich had high hopes for his F3 adventure with Carlin. How different was the practice. However, the team and driver struggled to find speed. The British formation finished penultimate in the team championship with fourteen points, eight of which were scored by Drugovich in Hungary. Sixth place there was one of his two top ten finishes of the entire season. “It was a terrible year,” he admits today. “After the great year in the Euroformula we had the feeling that we could at least keep up. The whole team was a drama this year. Nothing worked. But you learn the most when things don’t go well. That also applies to me: how to deal with a team and how to move it forward. This is the biggest lesson of this year.”

No support from the F1 talent program

Despite the difficulties in 2019, MP Motorsport saw the potential of the then 19-year-old driver. The Westmaas formation signed him for the 2020 Formula 2 season. “I knew I had the potential to drive in Formula 2, even though it would make more sense to drive another year in Formula 3. When the call came, however, I didn’t hesitate for a moment.” Although Drugovich has many supporters from the Dutch team, the Brazilian is one of the few drivers at the front of the field who is not part of a Formula 1 team’s talent program. Competitors Juri Vips, Liam Lawson, Jehan Daruvala, Dennis Hauger and Ayumu Iwasa are joined by Red Bull, Theo Pourchaire is joined by Sauber Academy and Alpine, Williams and Mercedes are represented by Jack Doohan, Logan Sargeant and Frederik Vesti respectively.

Drugovich isn’t in such a position of luxury, although he puts it down to a lack of opportunity and it’s not his own choice. This motivates the Brazilian to prove himself, but emphasizes: “The motivation shouldn’t come from such external things, but only from yourself. Of course it helps if you’re supported by a training program. On the other hand, it gives me energy to prove myself.” 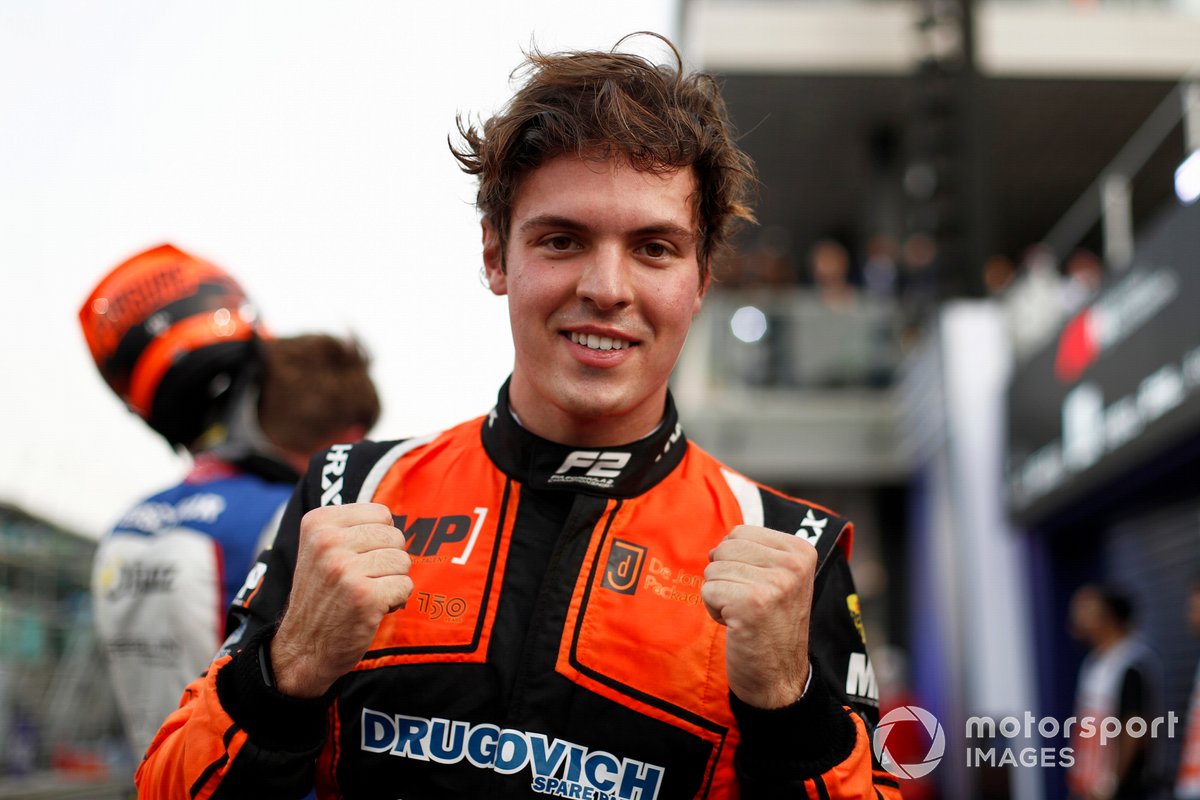 The Brazilian doesn’t have a rich father or a huge network full of sponsors to fall back on. The most important supporters are his relatives: enthusiastic motorsport fans from Maringa, a small town 650 kilometers away from Sao Paolo. The only well-known name in his area is Amir Nasr, father of Porsche works driver and former F1 driver Felipe. “My uncle and Felipe’s uncle have been good friends for a long time. He had a team in the South American F3 Championship and my uncle helped him with that. And my uncle supported Felipe a little in the early stages of his career. Now his uncle is helping me too. An exchange of favors.”

Brazilian motorsport has produced many legendary drivers. Think Ayrton Senna, Emerson Fittipaldi and Nelson Piquet. But since the departure of Felipe Massa in 2017, no Brazilian has been in the Formula 1 starting field. According to Drugovich, this has to do with the ever-increasing costs in racing and the poor exchange rate of the Brazilian real against the dollar and euro. That makes it more interesting for talented drivers to continue racing close to home, for example in the Brazilian Stock Car Series.

“The financial situation in Brazil is not good,” admits the MP driver. “The investment required to get a driver into Formula 1 is increasing day by day in Europe. For Brazil, this amount is five to six times higher due to exchange rates. Therefore, it is very difficult to find a company that has the money and is willing to invest. That’s the hardest part and you can see it in the lack of drivers in F3 or F2.”

Should Drugovich continue his strong start and eventually take off with the F2 title, doors will undoubtedly open for previously closed Formula 1 teams. And as one of the few Brazilians on the top rung of the ladder, Drugovich is the hope in anxious days for the superpower to finally emerge from the F1 drought. 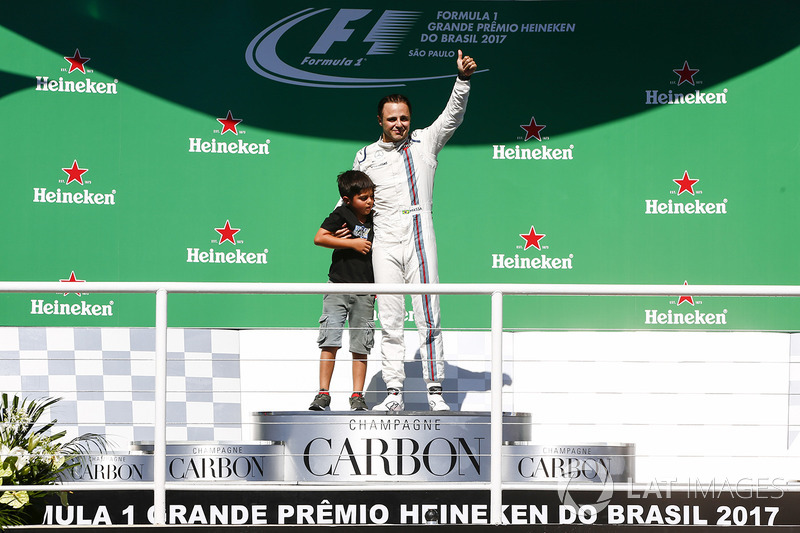 Felipe Massa, Williams on the podium with son Felipinho at his last Brazilian Grand Prix

Lawson rushes to F2 pole at Monaco, struggling at Verschoor

Driver reports: victory and championship lead, but Verstappen does not get the highest mark

Drugovich bestows MP with superior victory in the sprint race, Verschoor is eleventh

Sergio Perez finished Friday practice in Monaco in third place. In the first session he…

Leclerc in the lead after the first practice session of the Monaco GP, Verstappen fourth

Leclerc in the lead after the first practice session of the Monaco GP, Verstappen fourth